Only women can discover Heachley’s secret.

Miriam has one year to uncover an unimaginable past.

To earn her inheritance, Miriam must live a year and a day in the decaying Heachley Hall. Has something tragic happened at Heachley Hall?

Amazon
 4.4/5
"This beautifully written mystery weaves a spell around the house and the people connected to it."
Amazon Reviewer

How long can she keep her guilt secret?

Someone's past lies buried in a castle graveyard.

An uplifting story of the unbreakable bond of love, relived by a reluctant juror who is haunted by child-like whispers in an old courtroom. Laura must unravel an historical mystery before the trial ends.

A sister and her lover bring turmoil to a family.

Who will Believe Her?

In a story full of drama and mystery, three sisters discover there is more that connects them than they realise, and that only together can they discover exactly what's behind their grandmother's prophecy.

Amazon
 4.4/5
An engaging and enjoyable story, a family drama with great characters, plenty of twists and turns and an ending that will leave you with a smile on your face.
Splashes into Books 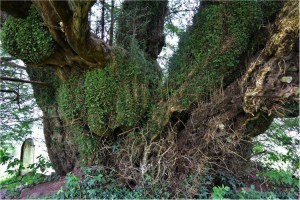