“Beware of a man named Frederick and his offer of marriage.”

Rose’s granddaughters, Rebecca, Leia and Naomi, have never taken her prophecies seriously. But now that Rose is dead, and Naomi has a new man in her life, should they take heed of this mysterious warning?

Naomi needs to master the art of performing. Rebecca rarely ventures out of her house. She’s afraid of what she might see. As for Rebecca’s twin, everyone admires Leia’s giant brain, but now the genius is on the verge of a breakdown.

Rebecca suspects Naomi’s new boyfriend is hiding something. She begs Leia, now living in the US, to investigate.

Leia’s search takes her to a remote farm in Ohio on the trail of the truth behind a tragic death.

Just who is Ethan? And what isn’t he telling Naomi?

In a story full of drama and mystery, the sisters discover there is more that connects them than they realise, and that only together can they discover exactly what’s behind Rose’s prophecy.

The Last Thing She Said

Who will believe her?

The Last Thing She Said by Rachel Walkley is a fast paced and enjoyable book. Walkley’s plot is creative and well developed.  As soon as I read her summary, I was hooked. I had to know what the story was about and how it would unfold. I’m a huge fan of fantasy and I enjoyed the fact that Walkley mixes just a dash of the fantastical with our modern world.

All of the characters in The Last Thing She Said are unique and well developed. I’m terrible with names and at first I was afraid that I would get the three sisters confused; however, it didn’t take me long to realize that Leia, Naomi, and Rebecca are all distinct individuals. Each sister has her unique gifts and foibles. I was entertained by their interactions and also impressed by the way they joined together in order to unravel a complex mystery.

The author does an excellent job of foreshadowing and attentive readers may be able to guess what turns the story is about to take; however, this only increased the satisfaction I felt when I reached the end of the book. Throughout the book I was suspicious of a certain character, but I was unsure how the author would knit the pieces together in order to make the narrative work. By the end of the book, I was left with a smile on my face and a satisfying conclusion.

I recently read and reviewed Rachel Walkley’s first novel The Women of Heachley Hall and enjoyed it so much that I had to check her second novel as soon as it became available. And I thoroughly enjoyed it as well.

There are secrets and lies, but none are Earth-shattering or beyond most reader’s expectations and experiences, and they do not require a huge amount of suspension of disbelief, even the paranormal elements. There is mystery, but the strongest element of the story is the relationship between the three sisters and how they all become more their individual selves by working together and protecting each other.
The novel is both easy to read and beautifully written, and the ending… No, I won’t give you details, but let’s say I’m sure you’ll love it as much as I did. Definitely a feel-good story.
A book I recommend to anybody who enjoys contemporary women’s fiction, optimistic stories about family relationships with a touch of the paranormal, and who are eager to discover a new and talented writer.

Interested? Then sign up for my reader’s club newsletter: Rachel’s Readers and you’ll receive a complementary short story.

Rachel Walkley, author of bestselling The Women of Heachley Hall 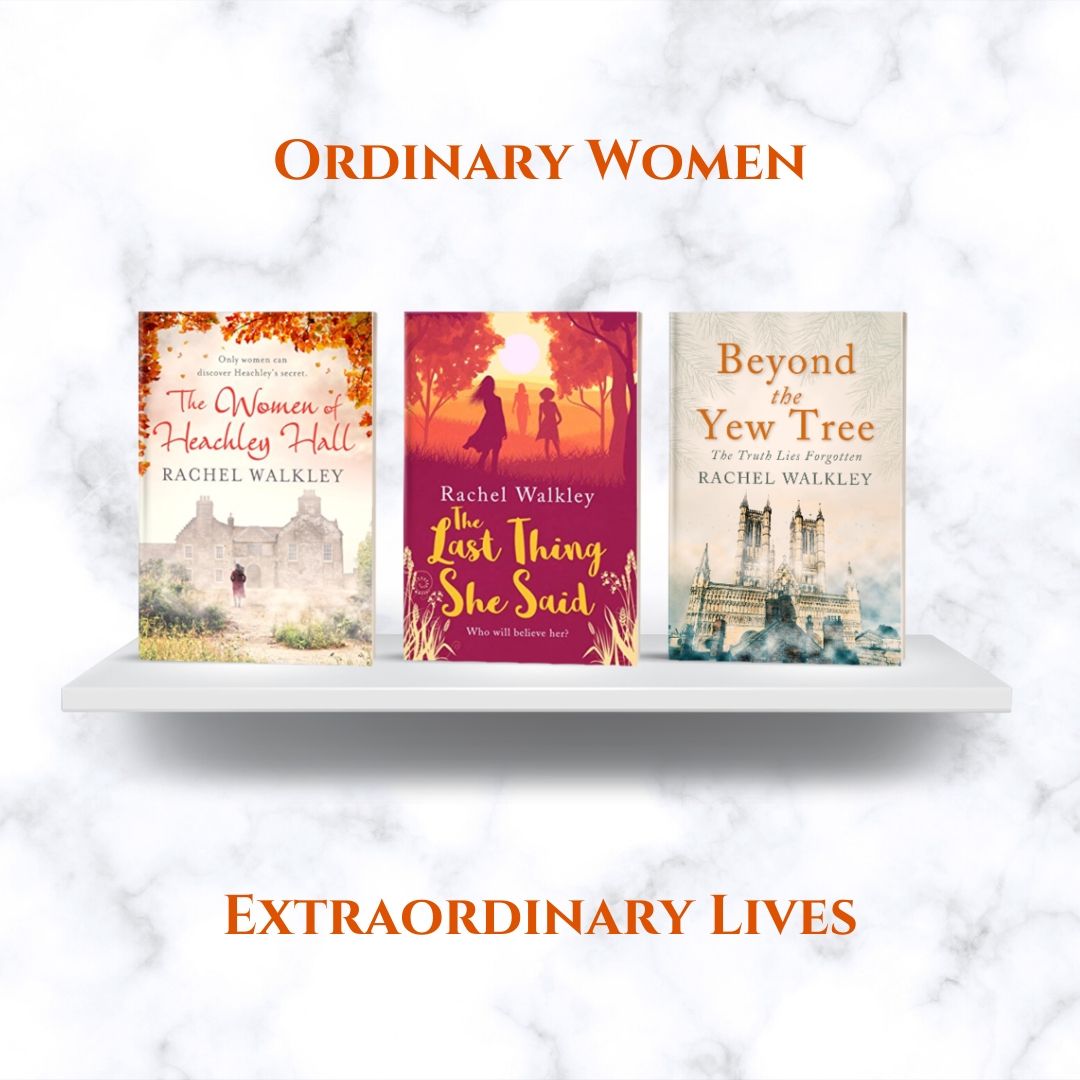